Weather he’s riding a bicycle across the stage at the Alliance Theatre or being dragged, hands bound, behind a shrimp trawler off Alabama’s Gulf Coast, it’s all good. And Joe loves to talk about it. What he does… how he does it… few actors are so candid. Scroll down to discover recent interviews with Joe Sykes about his work on stage and in film.

Fall Heats Up! Cat on a Hot Tin Roof Is Back in Atlanta

Cat on a Hot Tin Roof by Tennessee Williams, directed by James Donadio, at GET

More than 60 years after its debut, ‘Cat’ may be Tennessee Williams’ most contemporary play. In a candid Q&A, Joe Sykes, who plays Brick in the new GET production, talks about Brick’s tangled sexuality, Tennessee Williams, and the delights of dysfunctional families. What’s it like to work with Kate Donadio MacQueen? Find out.  Read the interview.

The Hero’s Wife by Aline Lathrop, directed by Rachel May, at Synchronicity Theatre

An intimate look at the disturbing and heart-breaking effects of war and PTSD, told from a wife’s point of view. In a recent interview, Joe talks about the play, the impact it’s had on his life, and joint work Synchronicity is doing with United Military Care to open up more conversations about life after deployment for veterans and their families. Why does this explosive production need both a fight choreographer and an intimacy choreographer? Can a play about PTSD be funny too?  Read the interview…

“Scripts that lend themselves to ensemble productions tend to tell a different type of story,” Joe says. “The structure doesn’t take on the traditional dramatic form—inciting action, leading to a climax, followed by a denouement. Rather, every scene has its own journey. All these journeys do come together, but it’s much more of a fun puzzle for the audience to experience and put together. Read more…

The Second Coming—Angels in America 2018

The 2018 Actor’s Express production of Angels in America by Tony Kushner, co directed by Freddie Ashley and Martin Damien Wilkins, took home Suzi Bass Awards for Outstanding Production, Outstanding Ensemble Cast, and Outstanding Director! (Oh, yeah!) Joe played Joe Pitt, a confused, ethical nightmare of a man. While the eight-hour, two-part production was still in rehearsals, Joe talked about the play, it’s significance to contemporary America and the job of preparing an epic for the stage in just six weeks.

“People were abused through neglect and hatred,” Joe says. “Yes, Angels in America is about gay men suffering from AIDS. But the play’s not just about gay men. If gay men can be a symbol of oppression—of those who are oppressed—then the conversation about what is and isn’t moral in America can continue. Read more…

Bengal Tiger at the Baghdad Zoo, at 7 Stages

Bengal Tiger at the Baghdad Zoo by Rajiv Joseph, directed by Michael Haverty, at 7 Stages

“This is not an easy play,” Joe says. “It deals with the lasting afterlife of violence. It’s disturbing and heartbreaking and darkly funny. Audiences will be unpacking elements and scenes for days.” Read more… 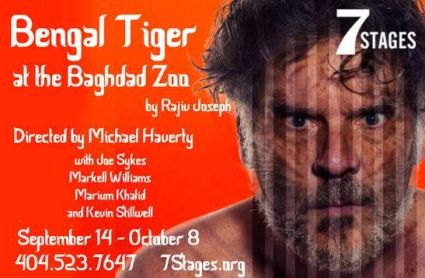 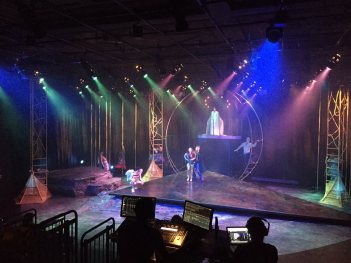 Ravished, created and directed by Ariel Fristoe and Maia Knispel, at Theater Emory

The Theater Emory production of Ravished, an aggressive reworking of Shakespeare’s A Midsummer Night’s Dream, crossed boundaries. Definitely not a fun take on the bard’s beloved romp. And there was nothing traditional about the production either.

The play’s creators relied on risky collaborative techniques to stage the play. Their goal: encourage Emory drama students to get their hands dirty in the creative process. Joe Sykes was one of three contributing professionals who shepherded young actors through the daring process. Read more…

Filming with Bret Wood: It’s All About Risk 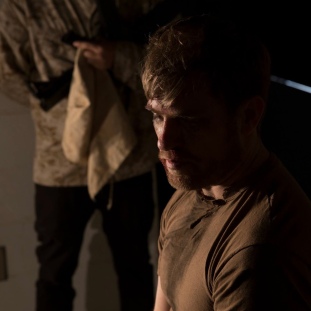 Those Who Deserve To Die (2019), directed by Bret Wood

Remote beaches of the Alabama Gulf Coast may be stunning but they hid tortures for the cast and crew of Those Who Deserve To Die, including swarming insects and jellyfish. Joe endured his share of cuts and scrapes during filming, and survived a harrowing drag behind a shrimp trawler. In this film, his second with director Bret Wood, Joe plays Jonathan, a troubled loner caught in a spiral of violence. 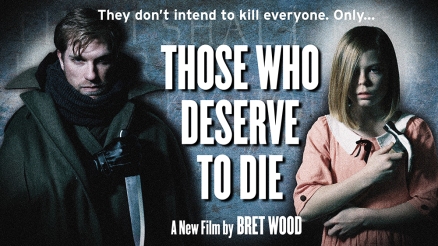 The style of the film is a throwback to ’70s exploitation films. “Revenge thrillers were a popular thing in the 70s,” Wood says, “and usually were presented as spectacles of violence that allowed viewers to cheer for the systematic slaughter of the bad guys. In my world, I want a central character who is troubled by the acts of extreme violence that he’s compelled to perform… and wrestles with the whole idea of ‘justice.’” Read more…

Long before the spring production of Ravished—an aggressive reworking of Shakespeare’s A Midsummer Night’s Dream—fall workshop sessions helped shape the play. In those early days, contributing professionals, Joe Sykes and Stephanie Friedman challenged students to physically express the meaning behind dialogue. “One assignment was to take a line, or a part of a line, and add violence. Learning to use your whole instrument—your whole body—and the space around you to express an idea or emotion is a tough concept for new actors,” Joe says. “They have to get beyond the notion, for example, that they can ratchet up anger or passion just by getting loud. Anger—a particular flavor of anger—often demands off-the-wall expression. Why not a hammerlock, if that’s what you’re doing verbally?” Read more…